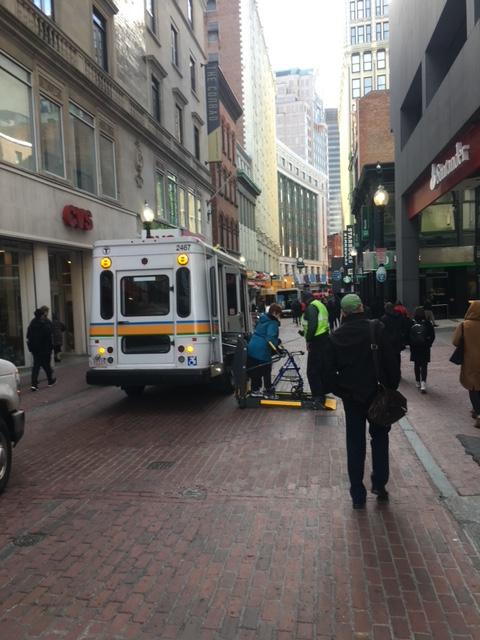 Why transportation services are crucial for Medicaid beneficiaries

In January of this year, Kentucky was granted a federal waiver giving the state the flexibility to disband the NEMT benefit portion of their Medicaid offering, along with other benefits like vision and dental. This immediately prompted the state to pursue the cuts, which were scheduled to take effect on July 1. In the 11th hour, however, advocacy groups were able to win a federal court ruling temporarily blocking the abrupt removal of benefits for Medicaid beneficiaries. But for advocacy groups, the fight is far from over.

Kentucky is just one of the states requesting permission to strip down crucial benefits that low-income residents rely on. Iowa, Massachusetts and Indiana have all applied for waivers allowing them to either partially or completely cut Medicaid transportation as a benefit.

Despite the trend, research shows that this strategy to cut Medicaid transportation is misguided at best.

There are two distinct health effects of poor transportation: less use of preventive and primary care services and more use of emergency rooms. Since Medicaid enrollees are 10 times more likely to report that transportation was a barrier to accessing timely primary care, having an NEMT benefit is crucial to improve health outcomes for this population

In Kentucky, an Urban Institute study estimated that 43,000 Medicaid beneficiaries live in a household without access to a car. For the state of Iowa, it’s estimated that 13% of new enrollees with incomes below the poverty line could not get transportation to or from a healthcare visit. Another recent study by the American Hospital Association showed that medical transportation was the third leading cause of patient-no-shows in the U.S — and additionally, the lack of access to transportation prevented 4% of all children from attending a medical appointment over the last year.

These staggering numbers underscore the importance of NEMT especially for the most vulnerable Medicaid beneficiaries — often those individuals who bear significant costs on the system. In fact, just 5% of the total Medicaid population accounts for 50% of all expenditures, according to data from the U.S. Government and Accountability office. Although Medicaid is typically the 2nd or 3rd largest expense for states, within Medicaid budgets, data shows that about $3 billion is spent annually on transportation, representing less than 1% of total Medicaid expenditures.

It’s clear that the conversation needs to change. Rather than looking at transportation as a line-item that can be cut, state administrators, CMS, and other stakeholders need to look at non-emergency transportation as a relatively small investment that can generate big returns by the way of lower costs and reduced burden on the system.

The state of Florida’s program has already proven that investment in transportation can improve health outcomes. In a 2008 study of their Medicaid transportation program, the state found that for every $1 invested in NEMT, they were able to realize upwards of $11 in direct savings from reduced hospitalizations.

We encourage Medicaid administrators to think about both the direct and intangible benefits of providing NEMT for eligible members. If the benefit is removed, how many more hospitalizations might you expect per member per year? How many members will stop showing up to preventative care appointments? How many people will forego care that they desperately need? What will this mean for the 5% of individuals on Medicaid who account for 50% of all Medicaid expenditures?

We recommend preserving the benefit and incorporating technology to administer it cheaply and efficiently.  Utilizing a centralized platform, Medicaid administrators can access more cost-effective modes of transportation, automate cost-controls, and monitor patient experience.  These are the technologies that could save Medicaid transportation — that is, if states will allow that innovation to take hold.

Jonathan is Circulation's Director of Marketing